The store will not work correctly in the case when cookies are disabled.

We have a selection of ready built Toylanders in stock in various colours, contact us for details. 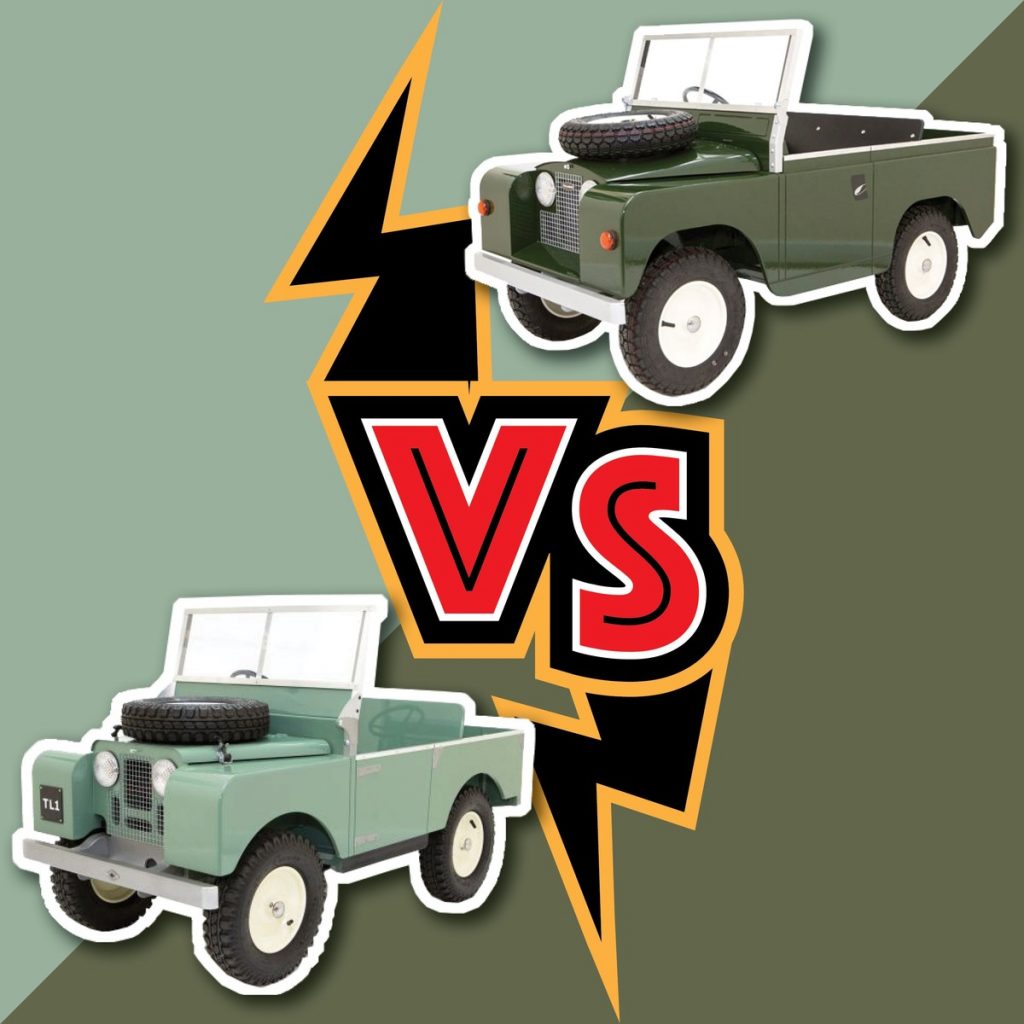 If you're a land rover enthusiast and you're looking for a ride-on car to build yourself, you're probably feeling overwhelmed by the number of options out there. We have a selection of mini land rovers for you to choose from, including the Toylander 1 and the Toylander 2. So, which one should you choose?

The Toylander 1 model is a miniature replica of the 1948 Series 1 Land Rover®. Coming complete with reverse/forward gears, a footbrake, a handbrake, speed control, a folding windscreen, lights, pneumatic tyres, an opening tailgate and a horn, its body is spacious enough for two children or even one adult if you fancy a spin after all your hard work. With a top speed of 5mph, it's certain to wow all members of the family.

The Toylander 2 is a miniature replica of the 1958 Series 2 Land Rover®, and like the Toylander 1 comes complete with reverse/forward gears, a footbrake, a handbrake, speed control, a folding windscreen, lights, pneumatic tyres, an opening tailgate and a horn. It's also spacious enough for two children or one adult, and reaches the same speed.

If they're so similar, how do I know which one to choose?

Well, it's all down to personal preference. The two models have slight design differences, which are inspired by the original land rovers they replicate. For example, you'll notice the wheel arches on the Toylander 1 are curved, whereas the wheel arches on the Toylander 2 are slightly more angular (the 1958 Series 2 Land Rover was the first to receive attention from Rover's styling department, who improved the design of the truck cab).

Also, you might decide to base your decision on the history of each model. For example, the 1948 Series 1 Land Rover was the first land rover ever produced, and was inspired by the jeeps made by Willys, the American military vehicle manufacturer. If you'd like a great story to tell alongside your ride-on car, or you simply want a miniature version of one of Britain’s most iconic marques, the Toylander 1 is definitely a great choice.

At the end of the day, it really does come down to which design you prefer - many of our previous hobbyists have flipped a coin to decide between the two models! So to find out more about our kids' land rover kits, get in touch with us at Toylander on 01291 626141.