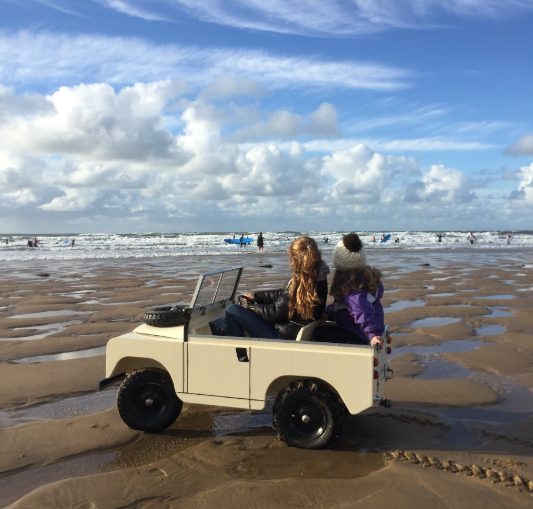 Rover crazy! Toylander has released three different types of Land Rover toy cars to quench the thirst of its customers. But why are these cars so popular?

Toylander has managed to tap into a niche market in which vintage cars are revived in the forms of replicas for children. However, the make of these cars has no great significance to the child, but rather the parents. Although the colour and shape of a car would impact a child’s preference, the success of the toy land rover is largely down to the adults it seems. Not only will they be purchasing the car, but they are also more likely to have a historic connection to these classics. Regardless of this, the British countryside rover seems to have taken both parent and child’s fancy!

Why has it out-sold the Mayfair and Unihog?

Simplistic, single-seated and solitary- the Mayfair is the easiest of the cars to build in the collection. It has been suggested that this car is better suited for a younger demographic. Therefore, perhaps the rover is more desirable because it can be used for a range of ages. The rover also has multiple seats, including the capacity to hold an adult. Is it fair to say the parents want to get in on the action?

The Unihog, on the other hand, has a large and strong structure that could prove challenging to build thus, attracting an older demographic. The fact that this model is harder to build, could be a deterrent to inexperiencedmechanics. This suggests that the Land rover sits somewhere in the middle, appealing to a wider age range of people with average mechanical ability.

Most of the internal features are the same, therefore the main difference between these models is the design. As the 1948 Toylander 1 model was the first to be built it has a more traditional, less imposing design. However, Toylander 2 and 3 models are more modern. Therefore, all three are popular in their own way. The history behind them all, could be a factor in the parent’s choice, which is why Toylander 1 is a big money spinner! All in all, I think they are a great first car if you want to join the Toylander community! Here’s how…

Browse our online store to choose your favourite rover today!